As the decade draws to a close, One Large Popcorn, Please! will be honouring the greatest films of the past ten years. This week, the year 2012 is in focus.

With the Diamond Jubilee of Queen Elizabeth, the Summer Olympics in London and the 50th anniversary of the James Bond film franchise, it’s no wonder 2012 was dubbed “The Year of the British”. The Empire wasn’t the only one celebrating – Korean pop star Psy also had cause for celebration, with his single “Gangnam Style” becoming the first YouTube video to exceed one billion views.

Festivities were also in store for this author, who completed his final year of schooling with aspirations of moving away from rurality to the Big Smoke. His excitement for a potential move was matched only by his enthusiasm for the movies he saw, with a screening of The Amazing Spider-Man providing the catalyst for his journey into film criticism.

Talking of billions, four films surpassed one-billion-dollar mark at the box-office in 2012 – two of the releases are listed below, with the others being Christopher Nolan’s The Dark Knight Rises, and Peter Jackson’s The Hobbit: An Unexpected Journey, both of which received polarising responses from audiences. Meanwhile, Lionsgate cashed-in on a post-Harry Potter film market with a commercially-successful adaptation of The Hunger Games.

Apart from queries about “Gangnam Style”, there was one question that everybody was asking in 2012: “Did you see it in 2D or 3D?” With Iron Man, Captain America, Thor and Hulk all appearing together on-screen, this epic crossover was the year’s must-see blockbuster for more reasons than one. In it, Thor’s brother Loki (Tom Hiddleston) causes mischief on Earth, and it is up to the four superheroes to unite and defeat him.

The amount of care and attention that went into The Avengers is clear for everyone to see, ensuring that it isn’t another mind-numbing action movie. While the fight sequences are there, and immensely enthralling, it’s the other aspects of this film that ensure its legacy – the character development, performances, comedy, soundtrack and visual effects, all of which are of the highest-calibre.

The Avengers was an overwhelming commercial success, earning $1.5 billion worldwide to become the third-highest grossing picture at the time – it has since been overtaken by five other films, including two of its sequels. The movie also garnered critical appeal, with an approval rating of 92% on Rotten Tomatoes, and earned several award nominations for its visual effects, including one from the Academy (but not a win, sadly). 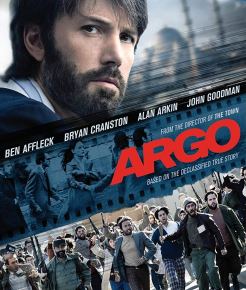 The role of the United States in global politics has long been criticised by leaders and academics, with Hollywood making the occasional observation from the sidelines. Actor-turned-director Ben Affleck emulated this move with a slightly-fictionalised account of the 1979 Iranian hostage crisis, telling of a bureaucrat’s courageous, if unusual, efforts to retrieve his fellow Americans from Tehran.

In addition to helming Argo, Affleck also has lead acting duties in an unusually-subdued turn that doesn’t distract from the film’s other qualities, particularly the supporting performances of Alan Arkin, John Goodman, Bryan Cranston, and future star Scoot McNairy. The script is also sublime, lambasting the hypocrisy of both America and Iran, providing witty dialogue and extrapolating every ounce of tension it can during the third act,

Argo is probably best recognised for being winner of the Best Picture Oscar at the 85th Academy Awards, where it also won Best Adapted Screenplay and Best Film Editing. Among its other accolades are a Golden Globe for Best Motion Picture in the Drama category; a BAFTA win for Best Film; and a 96% Approval Rating on Rotten Tomatoes.

Some critics claim this is the best instalment in the long-running 007 franchise, and they may well be right. The series’ twenty-third chapter sees MI6 come to terms with the death of their best agent and being compromised by a terrorist attack. Just when all hope seems lost, a physically and mentally-scarred James Bond (Daniel Craig) returns from hiding and offers his services to a growingly-desperate M (Judi Dench).

While many believe 2006’s Casino Royale to be the most exemplary Bond film, its Bourne-esque tone lacks the sense of fun and adventure present in Skyfall. A delicate balance is found between the tropes of its forebears and the seriousness of its contemporaries, to the point where it can be enjoyed equally by fans of the series and newcomers. The picture sets a high standard not just for the franchise, but for all blockbusters that come after it.

Unanimous praise from critics and cinemagoers saw Skyfall become to the first Bond movie to surpass $1 billion at the global box-office, with some commentators even deeming it worthy of an Academy Award. While it wasn’t nominated for Best Picture, the film did win awards for Best Original Song and Best Sound Editing at the 85th ceremony, making it the first film in the series to win multiple Oscars. 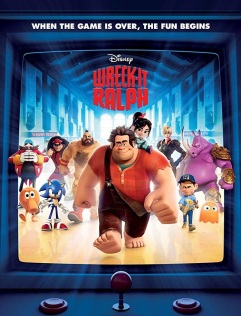 After years spent languishing behind its competitors, things were looking up for Walt Disney Animation Studios with the releases of The Princess and the Frog and Tangled. What proceeded was Wreck-It Ralph, a story which charted a video-game villain’s quest to become a hero and receive the recognition of his peers. It was also a film that proved Disney could still be a dominant force in their field.

Bright and colourful rendering, unique characters, jaunty music, superb casting, clever jokes and the occasional cameo are what make Wreck-It Ralph a delight to watch, even for those who aren’t familiar with the medium of video-games. Better still, these attributes are aided by a mature, thought-provoking storyline that sees viewers philosophising over complex issues – a bold move for a family-oriented brand like Disney.

Wreck-It Ralph was nominated for Best Animated Feature at the Academy Awards and Golden Globes, unfortunately losing both accolades to the inferior Pixar release, Brave. Thankfully, it did win the major prize at the 40th Annie Awards, and also received an award from the Producers Guild of America. Though not as financially successful as some of its contemporaries, it was popular enough to earn a sequel, Ralph Breaks the Internet.

Do you agree with this list? What films have been missed? Be sure to comment below with your thoughts!